There are many ways for a business to receive ratings. If you own a restaurant, you might check up on your company’s Yelp reviews. There are also Google reviews, Facebook reviews, etc. While all of these can be incredibly important, there’s another score you’ll want to keep an eye on.

In this post, you’ll learn about a Net Promoter Score, NPS score ranges, what’s a good NPS, and much more.

What does a net promoter score mean?

To simplify an NPS score, it’s a way for someone to rate your business from 1-10. In this type of survey, 10 is the best score a business can receive and 1 is the worst.

With an NPS score, things are a little bit different. If you were to go by this system’s description, here’s what it looks like: 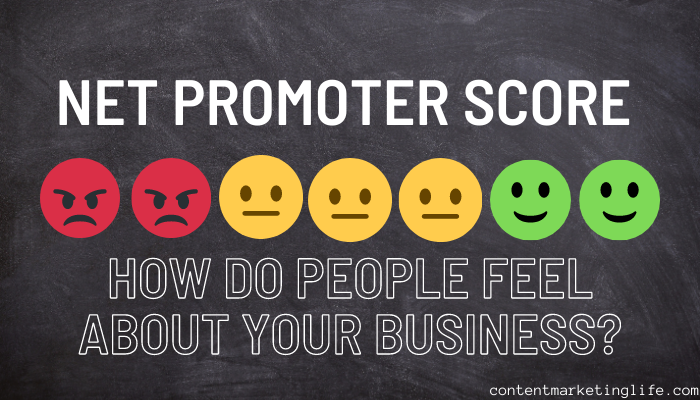 9-10: Promoters – Promoters are people who will not only be repeat customers, but they’ll often refer your business to others. As you can imagine, these are the scores you want your company to receive.

7-8: Passives – Passive customers are overall satisfied with your company and its products. However, they’re not going to often be loyal. This means they could be easily persuaded to buy from another company. They’re not loyal to your business right now. And they’re not likely referring it out to anyone.

0-6: Detractors – According to the NPS survey, anyone with this score range can be harmful to your brand. This is because anyone with a 0-6 score is more likely to spread negative word-of-mouth about your business.

Generally speaking, a net promoter score that’s over 50 is considered excellent. You’re creating brand ambassadors. An overall score of 20 or more would be a favorable score. An NPS score above 0 is considered good. When your overall score goes negative, this might be a sign of problems.

Now, we can get to calculating a net promoter score. This calculation is done by subtracting your promoters from your detractors. I know that can sound a little weird so let’s look at this another way.

Let’s say that your company received 200 reviews. Out of these reviews:

Advantages and drawbacks of using an NPS system

Another benefit of the NPS system is that it uses what’s known as the gamification process. Gamification is a fancy way of saying that something has game-like elements. In this case, gamification uses a scoring system.

When you see your company’s score (unless you’ve done everything perfectly), you’re likely going to feel motivated to increase it.

One of the main disadvantages of an NPS system came from “A Longitudinal Examination of NetPromoter and Firm Revenue Growth.” In this paper, it’s noted that the NPS system’s focus on a ‘likelihood to recommend’ question doesn’t tell a company everything it needs to know.

Other critics of the Net Promoter Score isn’t a substantial way to predict a company’s potential growth or financial performance.

In conclusion, understanding Net Promoter Score is important for many companies. With that said, it is a method that has detractors. Regardless of how you feel about this method, consider giving it a shot. Your company’s NPS might provide more valuable insights than you think.